Known as a standout electric guitarist and multi-instrumentalist, Mandy Fer fills the stage with her strong yet poised guitar solos, defying long-held gender barriers for female guitarists. Dave McGraw's emotional songwriting riffs on natural elements of the world around him. McGraw spent a decade as a wildlife biologist, studying endangered birds in remote locales from the deserts of Mexico and the Grand Canyon to the mountainous rainforests of Washington. McGraw and Fer joined forces in Flagstaff, Arizona in 2010 before relocating to the Pacific Northwest in 2012.

The duo's 2014 release Maritime charted at #1 on the EuroAmericana Chart for two consecutive months and was praised by The Telegraph for soulful songs, intuitive musicianship, and fine singing. Together, their exceptional vocal harmonies coupled with Fers pioneering electric guitar work have become a vehicle to carry them around the world. The pair has honed their skills touring extensively throughout the US and Europe, sharing stages with fellow troubadours including Iron & Wine, Lake Street Dive, Glen Hansard, Gregory Alan Isakov, Mandolin Orange and many others. 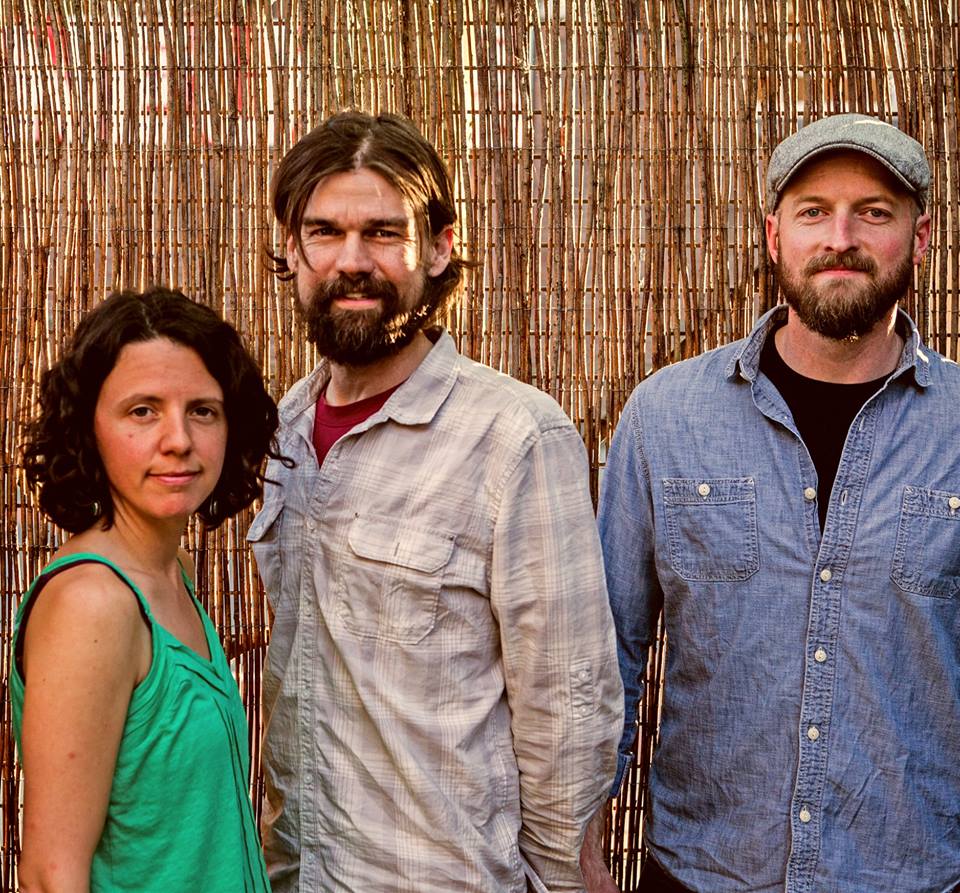 Come raise a glass to this fabulous couple and dance to the tunes of Dennis McGregor! 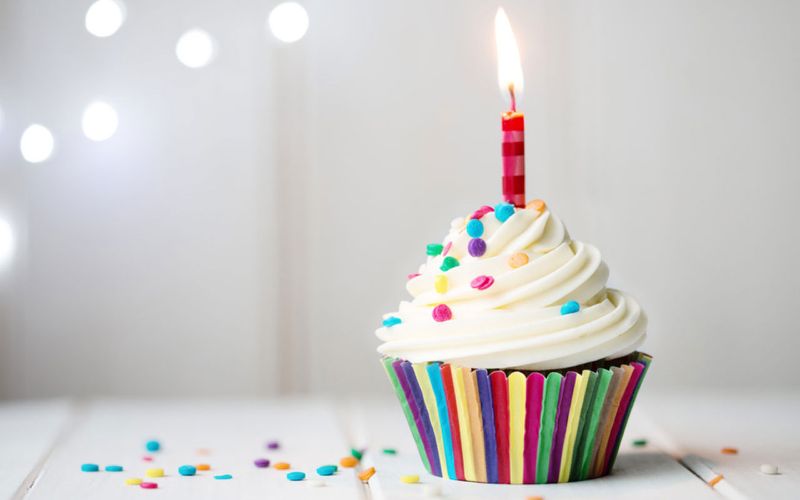 Just what does our brain create in the guise of reality? In the past 20 years, neuroscience has found out where and how the brain uses consciousness to create who we are. The details are disturbing: We live in a world without color, sound, aromas and taste; "free will" is a delusion; and Google knows us better than we know ourselves. Dr. Collins will explore brain-mind functions to see just exactly who--or what--is in charge. 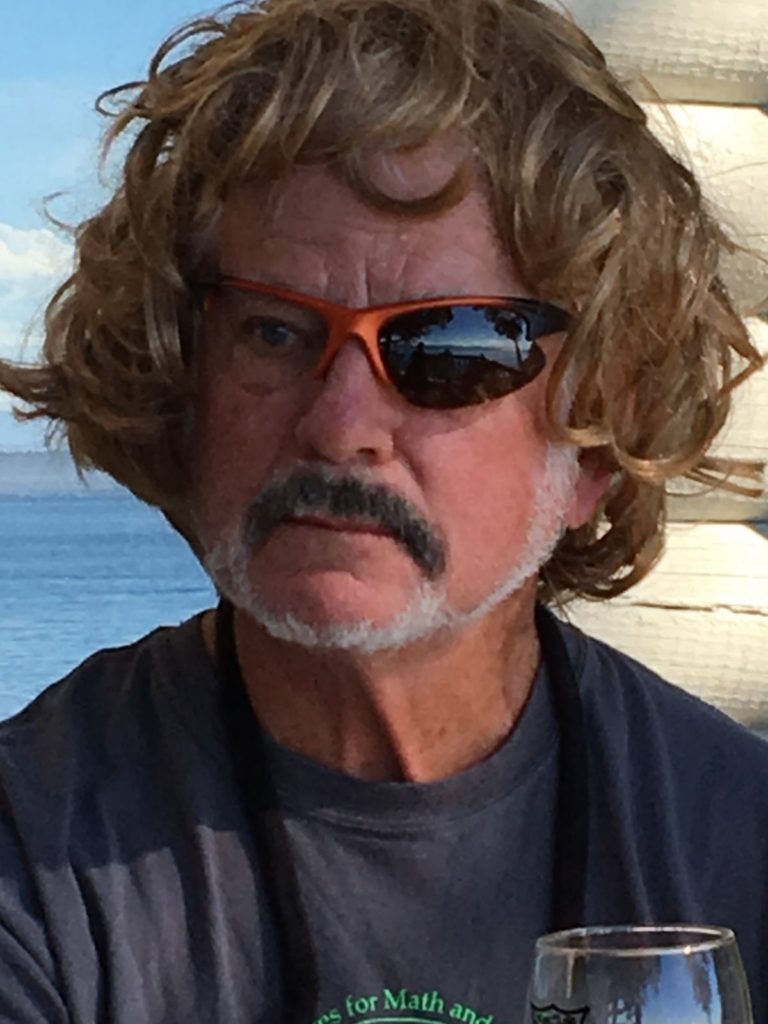 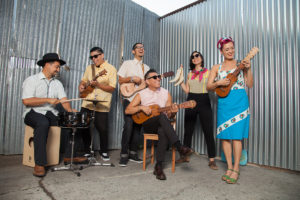 Born and raised east of the Los Angeles River, Las Cafeteras are remixing roots music and telling modern day stories. Las Cafeteras create a vibrant musical fusion with a unique East LA sound and positive message. Their Afro-Mexican beats, rhythms, and rhymes deliver inspiring lyrics that document stories of a community seeking love and justice in the concrete jungle of Los Angeles. Using traditional Son Jarocho instruments like the jarana, requinto, quijada (donkey jawbone) and tarima (a wooden platform), Las Cafeteras sing in English, Spanish, and Spanglish and add a remix of sounds, from rock to hip-hop to rancheras. Las Cafeteras use music as a vehicle to build bridges among different cultures and communities, and create ‘a world where many worlds fit’. 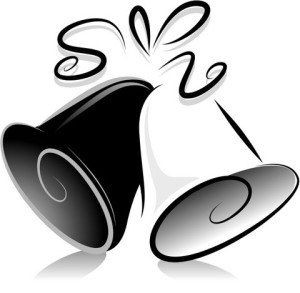 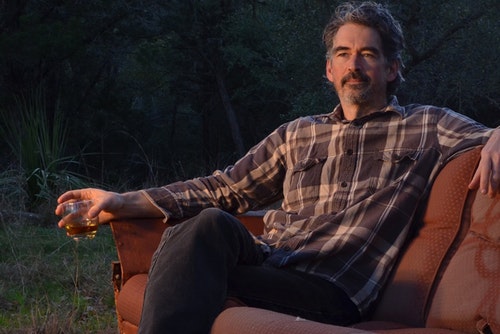 Cleaves is a full-time touring musician, but like most musicians has held many day jobs: janitor, warehouse rat, ice cream truck driver, rope-tow operator, film developer, groundskeeper, meter reader, and pizza delivery driver. He was even a human guinea pig. He was paid to be a subject in drug studies by a pharmaceutical company.

Cleaves's musical roots extend back prior to his days playing in a high school "garage band" with his childhood friend Rod Picott. The two shared a love of music, especially Bruce Springsteen and named their band The Magic Rats, after a character in Springsteen's song "Jungleland."

He brought his love of American artists such as Woody Guthrie, Johnny Cash, Hank Williams, Chuck Berry, Bruce Springsteen, Tom Petty, Tom Waits, Creedence Clearwater Revival, and more with him to Cork, Ireland, where he spent his junior year of college. To help pass the time he learned how to play the songs on guitar and on November 18, 1985 he made his debut as a busker—a street singer—in Cork City, Ireland.

After several false starts he started to gain notice around Portland, Maine and in 1990 released his debut cassette, The Promise. Only a few songs off this album, "Sweet Summertime", "Lonesome Highway" and "Wrecking Ball" still occasionally get played in concert. The original tape has unfortunately been lost, and only copies remain.

That was followed a year later by Looks Good from the Road, recorded with his rock band, The Moxie Men, which featured Cleaves on lead vocals and acoustic guitar, his brother J. on bass, Mark Cousins on drums and Pip Walteron electric guitar, acoustic guitar, and vocals. By the end of the year they were the darlings of the Portland press and touted as one of the bands "most likely to succeed."

However, Cleaves's solo acoustic side took over and in 1991 he moved with his wife, Karen, to Austin, Texas. In 1992, he was a winner of the prestigious New Folk competition at the Kerrville Folk Festival, an award previously given to such artists as Nanci Griffith, Robert Earl Keen and Steve Earle.

Jack's Birthday! What more can we say! Come celebrate this fabulous man! 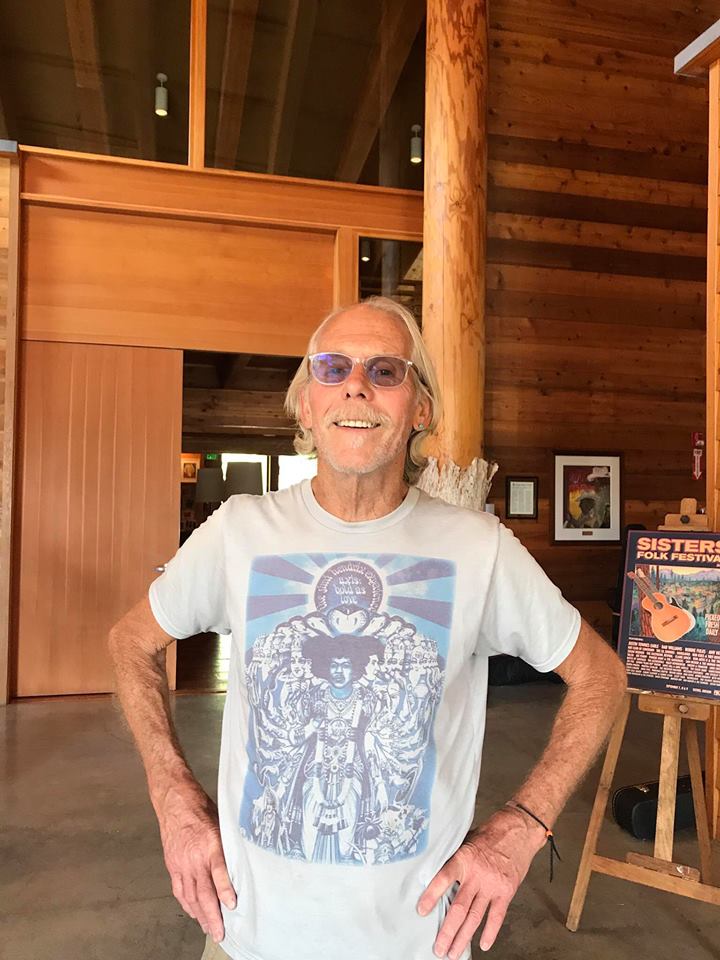 Their music delves deeply into themes of the human experience: hopeful love, honest self-reflection, and pursuits of social justice. Their latest album, "American Dream,” crystallizes these ideas in acoustic amber, encapsulating a beautiful new direction for their evolving sound.

Originally formed in Santa Barbara, CA in 2010, the Rainbow Girls have spread their musical wings both internationally and domestically, from busking on the streets of Europe to playing pubs and theaters in the UK, to house concerts, festivals, and shows in the US.  Rainbow Girls have also gained recognition on NPR's Tiny Desk concert series and KQED's "The California Report." 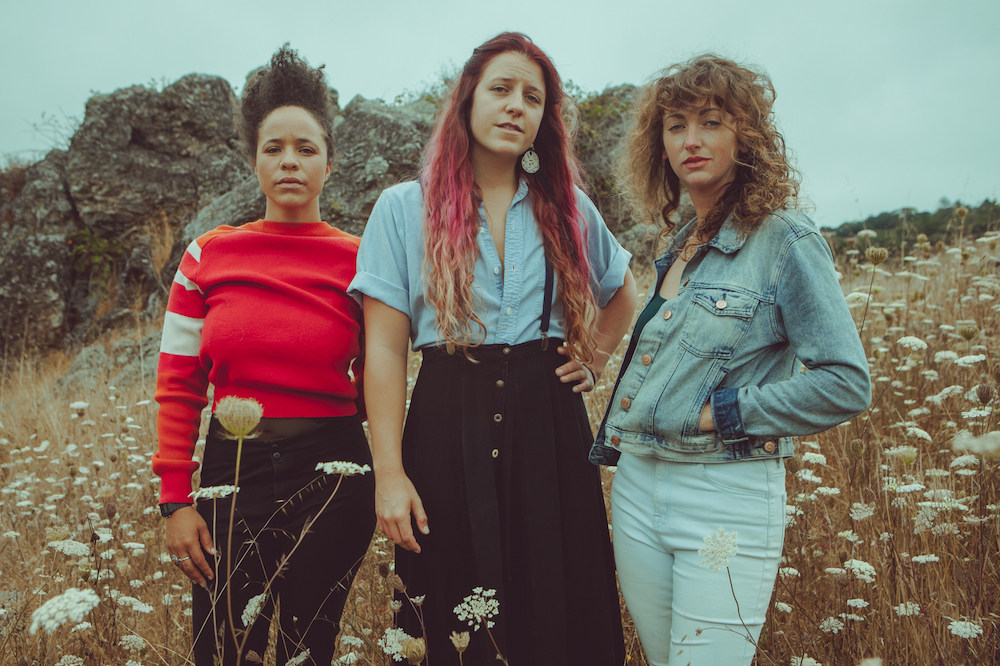 Read more
Categories: Live Music
May
30
Thu
Keith Greeninger and Dayan Kai with special guest David Jacobs Strain
Tickets
May 30 @ 7:00 pm
Keith Greeninger and Dayan Kai.
These two powerful artist and long time favorites of the Folk Fest combine
Award wining songwriting, stunning vocal harmonies, and effortless musical collaboration to create
a truly authentic and organic performance every time they take the stage.
Both well known and critically acclaimed solo artist in their own right, together they create a soulful sound that has moved audiences all over the country
and has made them a favorite at venues and festivals through out the US and Canada.
They'll be joined by their very good friend David Jacobs Strain. Long time local Oregon legend David is a stunning guitarist, singer and song writer and captivating performer. 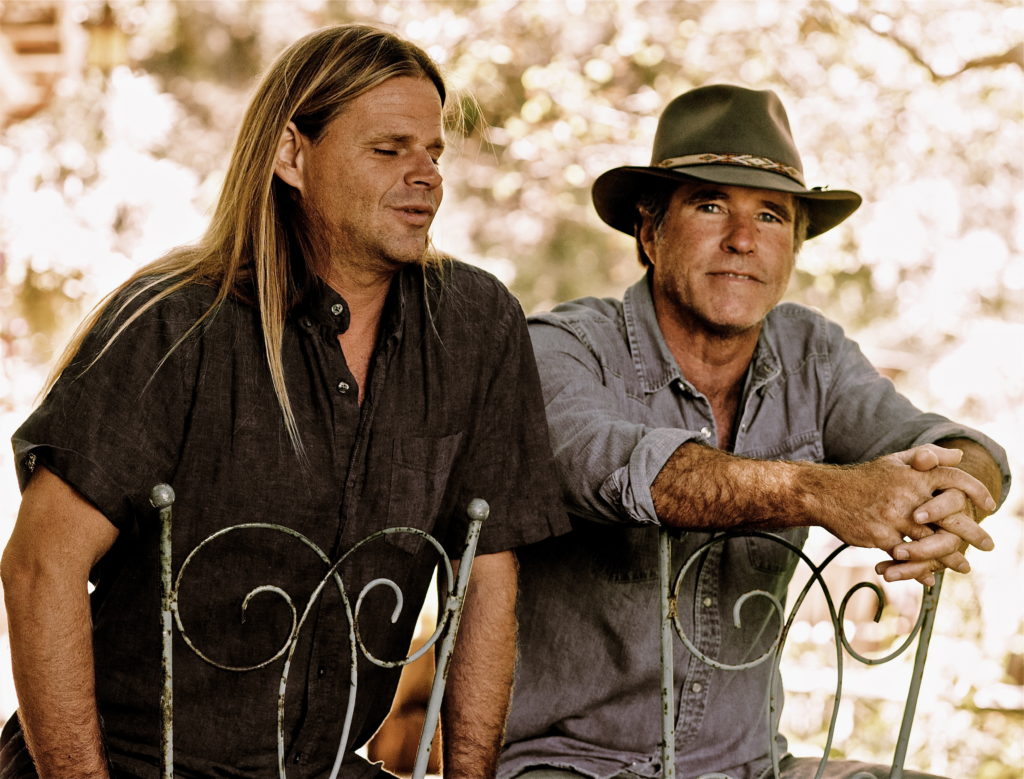 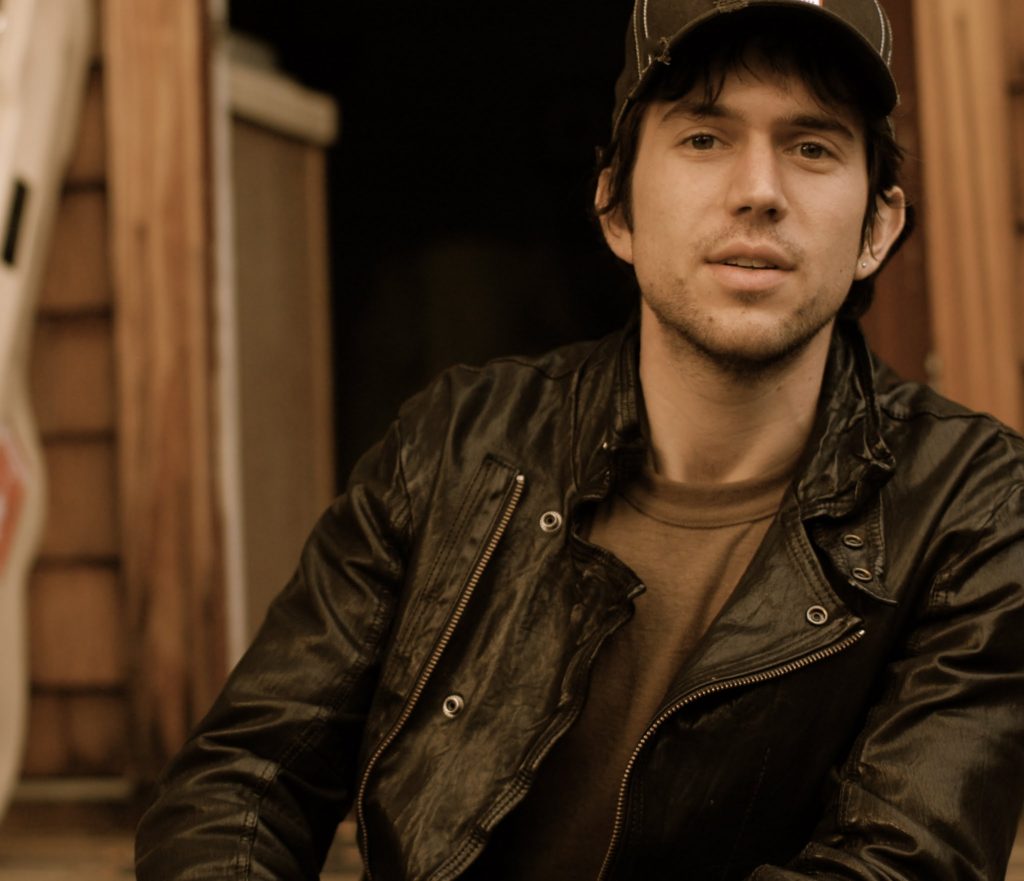 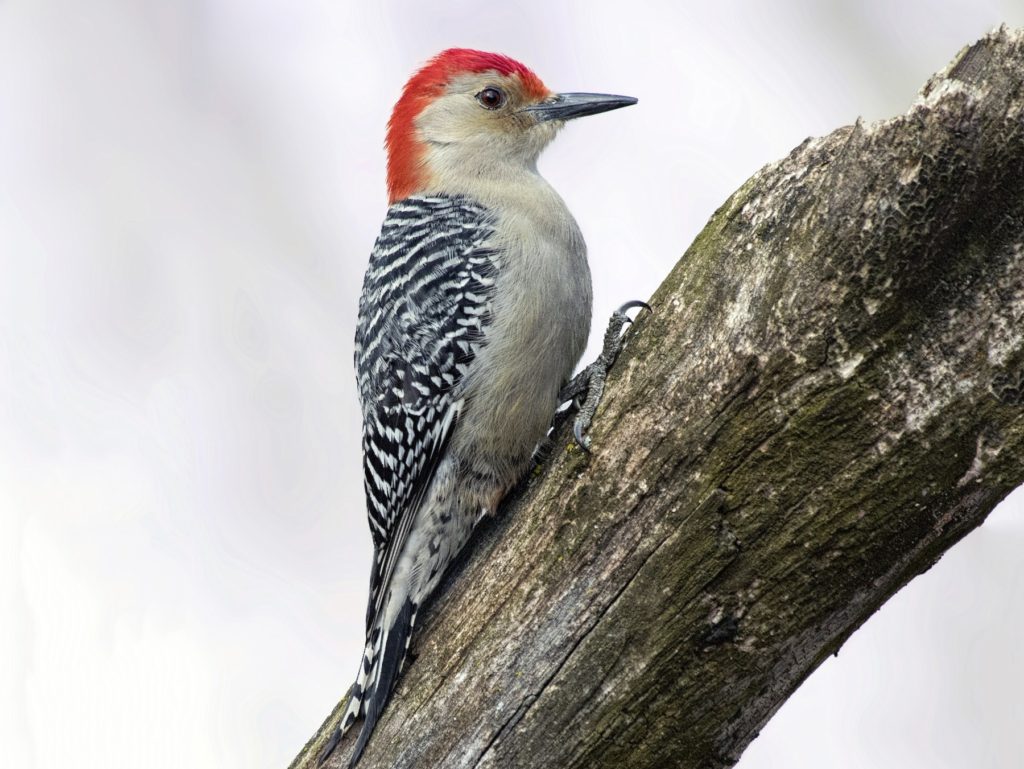 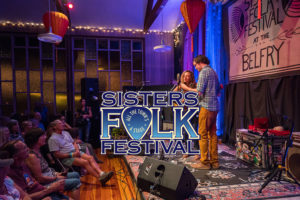 This is a 3-day ticketed festival throughout Sisters including The Belfry. No individual tickets for The Belfry or any venue are sold. No tickets are sold at The Belfry. Follow the ticket link to purchase.